Swami Yogiraj Nanak Chand, Mahant Gaddi Baba Sant Maluk Das, Kara is well known in North India for his profound and stimulating discourses and books and articles on spiritual, psychological and philosophical subjects. He took a holistic view of spirituality and life and enjoined that one cannot be separated from the other. He was born on 8th Oct 1927 in the village of Vilanda in Fatehpur District of Uttar Pradesh, India. He left home at the age of 21 in search of God, wandering in many holy cities of India and meeting priests, saints and seers who could show him the path. He had his first realization when he visited Kara, near Allahabad, to pay his homage at the shrine of Baba Sant Maluk Das.

He resurrected the Baba’s ashram, which had fallen into ruins, with the help of the local authorities. He renovated and built upon it later to make it habitable with the help of his disciples from the Adhyatmic Sadhna Sangh and the local public. He also resolved to revive and spread the teachings of Baba Sant Maluk Das and create awareness about his philosophy in the contemporary literary world. He painstakingly got many of the manuscripts written by Sant Maluk Das in the 16th century into contemporary Hindi, translated with the help of scholars and academicians. Some of these original texts have been compiled and published, e.g. Sant Maluk Granthavali authored by Dr. Baldev Vanshi, and other texts.

Yogiraj Nanak built upon the tradition of Maluk Das and the mission of his life was to guide people to realise the true and universal god through the practice of ‘dhyan sadhna’. Based on his experiences, he went further, advocating the use of ‘dhyan’ as a vehicle for inner transformation and reformation of life and spoke about ‘asammohan dhyan’ to realize this objective. What was the use of meditation if it does not bring about a revolution in our life, he queried many a time. He researched various methods of holistic healing practiced by the ‘Vedacharyas’ and ‘Yogacharyas’ of yore through sound vibrations (beej mantras), aromatherapy, colours of light and controlled breathing techniques, combining them with meditation, for achieving sustainable physical, emotional and psychological well being. He suggested different types of meditational practices for achieving the specific outcome desired by the aspirant e.g. simple relaxing meditations, removal of defects & distortions, strengthening the mind, energizing the body etc. 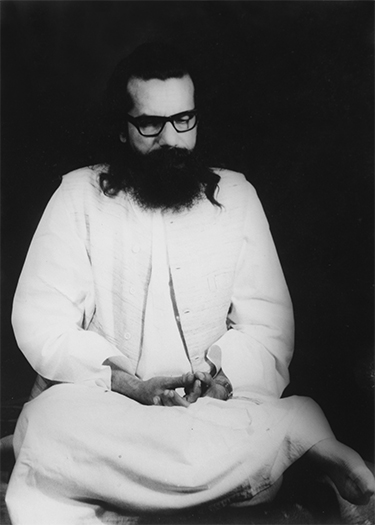 Swamiji left for his eternal journey on 1st March 2013, leaving behind a dedicated group of followers whom he had personally trained in his classes. His vibrations and benedictions can still be felt in the quiet precincts of the Dhyan Yog Ashram by those who have been initiated. His Samadhi has been built by the Adhyatmic Sadhna Sangh (with contributions received for this purpose from his long time followers) alongside the Samadhi of Sant Baba Maluk Das, at Kada. Swami Yogiraj Nanak ji wrote extensively and his disciples have authored a number of books, articles and poems on spiritual subjects and holistic health, published by the Dhyan Yog Ashram. The list of these books is given in the concerned section.

Sant Maluk Das is said to have been born towards the last few years of the Mughal Emperor Akbar’s reign, in 1574 A.D. The historian H.H. Wilson has mentioned that his death took place during Aurangzeb’s reign in 1682 A.D. By putting together the writings of Western and Eastern writers about those times it transpires that Sant Maluk Das lived for about 108 years, spanning the reign of four Mughal emperors, starting with Akbar to Aurangzeb.

He is believed to have attained miraculous spiritual powers and had a large following comprising both Hindus and Muslims. Even an orthodox ruler like Aurangzeb recognised his spiritual powers and the recorded stories about their encounter narrate that Aurangzeb issued a ‘farmaan’ giving away two villages to Sant Maluk. His emissary, Fateh Khan, who was sent to fetch him to the palace, later renounced worldly pursuits to serve Sant Maluk Das who renamed him as Mir Madhav.

Today the samadhi of both the guru and his two disciples Ram Sanehi and Mir Madhav stand within the precincts of the Samadhi sthal at Kada. 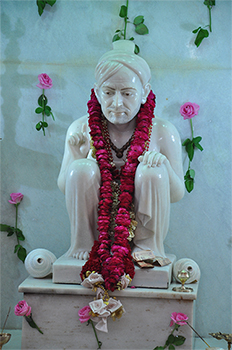 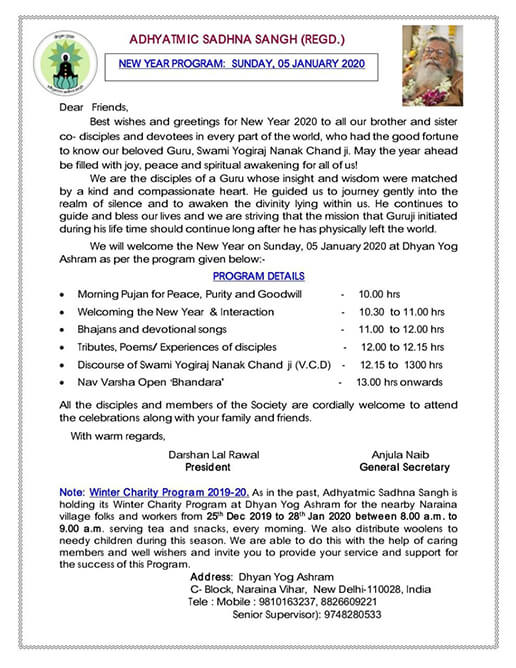